Did that BIOS Update Do Anything?

I had been having some trouble with stability on my desktop system for a while: browser tabs crashing, random segfaults, occasionally the entire system would lock up. It's an AMD Ryzen 7 3700X processor in an ASRock X570 motherboard, purchased shortly after the Ryzen 7 was introduced. After thinking about it a bit, I realized I'd never updated the BIOS. Sure enough, there had been several patches over the last few years, and stability improved significantly after an update.

Now that it's been running for about a week on the new BIOS, I thought I'd see if I could detect any differences from the data I'd been gathering in Gravwell. Looking at the mean CPU temperature, I didn't see much difference: 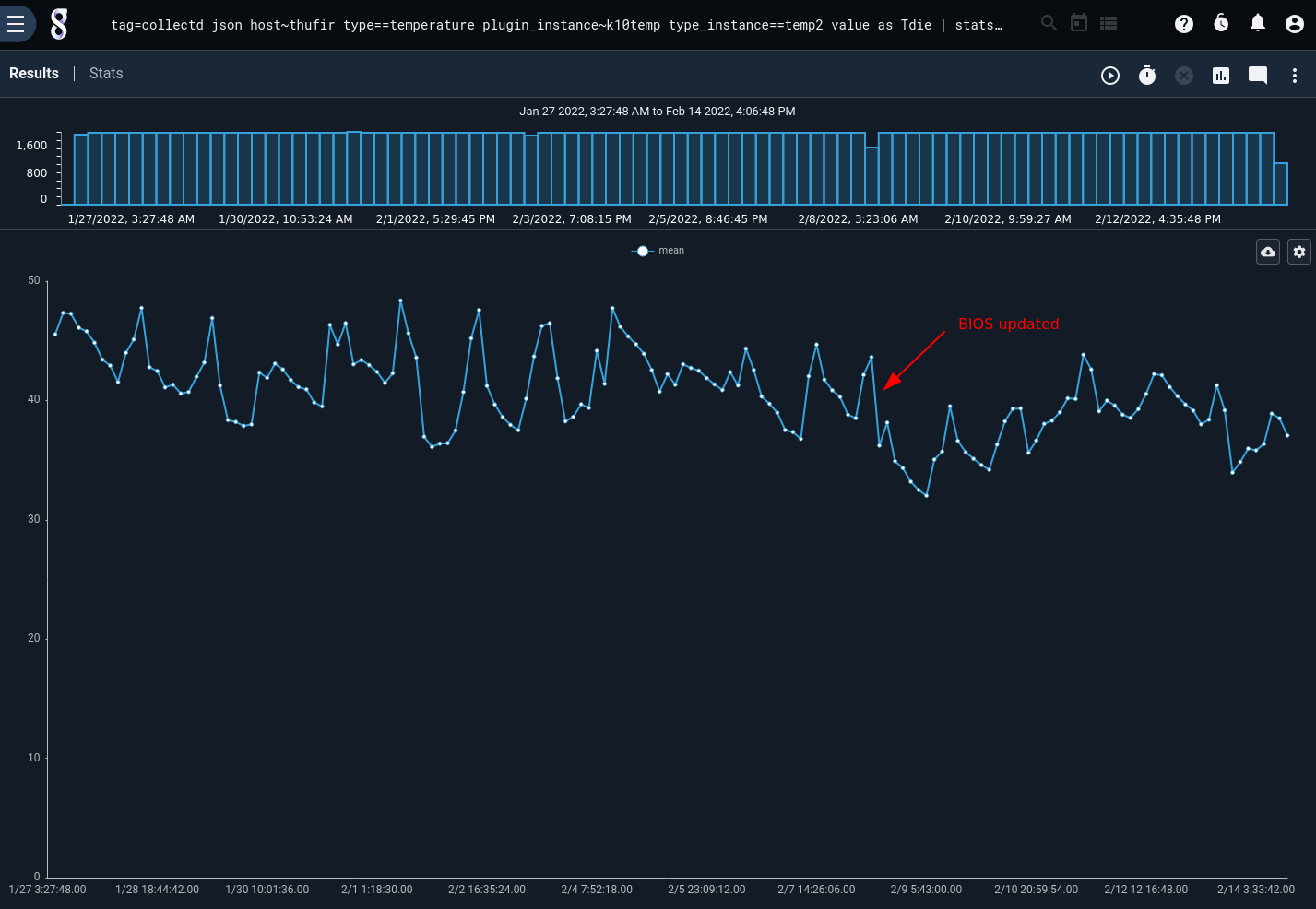 But once I added variance to the chart, I saw a huge change: 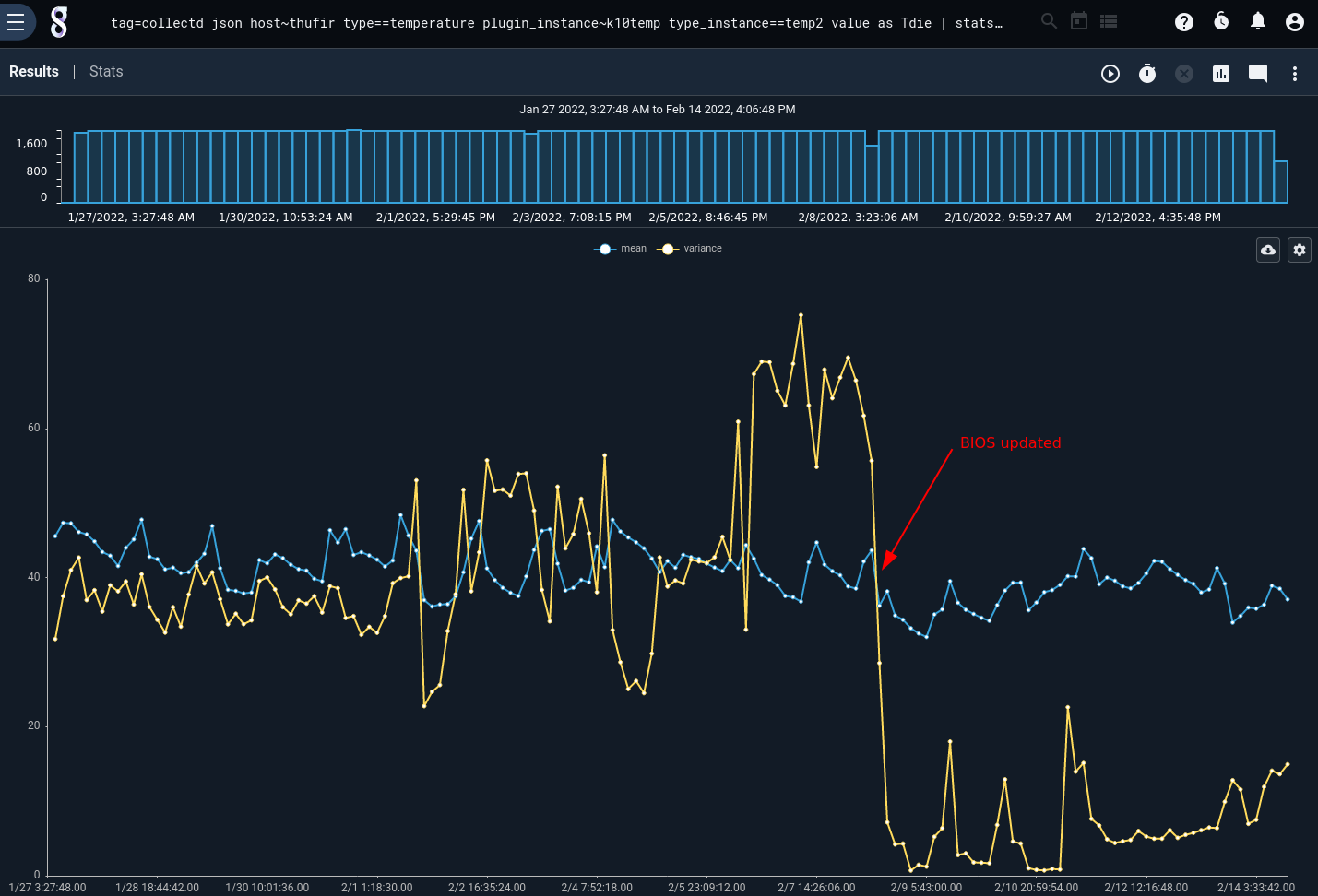 This means that the CPU temperature has been much more stable since the update. If I add min and max temperatures to the graph, we see that the mean temperature (yellow) and the minimum temp (orange) stay a lot closer together after the update, and the max temp is "spikier", meaning the CPU spends less time at high temperatures:

I don't know what exactly they changed in those updates, but thanks to Gravwell I was able to make a quantitative correlation between updating the BIOS and dropping CPU temps. The moral of the story is ABC: Always Be Collecting, because you never know when it might turn out to be useful!