How NOT to Launch a Product Around Black Friday 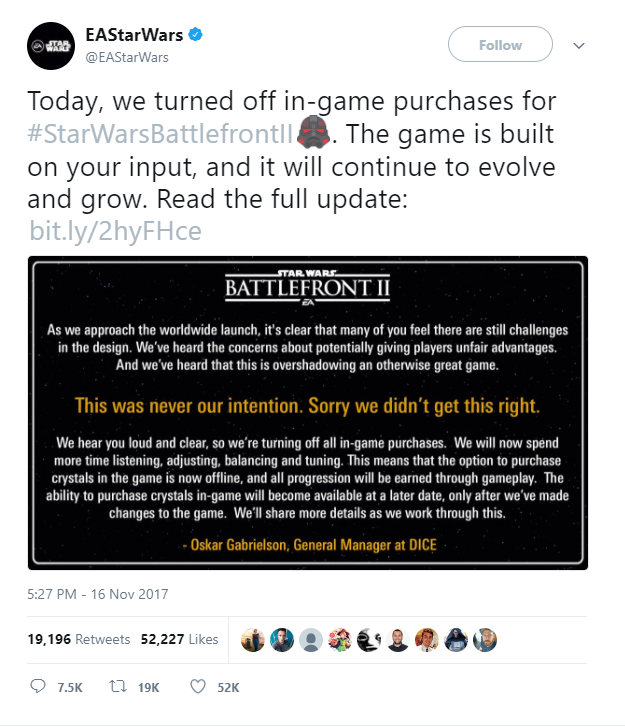 With Thanksgiving on Thursday, the start of the winter holidays is here in the states. In addition to seasonal celebrations spanning the weeks, shopping often increases around this time. Two such days, Black Friday and Cyber Monday, are some of the biggest shopping days of the year and people often wait to see what deals can be found. Products are launched on or around Black Friday/Cyber Monday in the hopes of garnering more sales and to drive up excitement. Often, this is a great idea. Sometimes, though, a product drops in such a way that could only be dubbed failure.

One such product, Star Wars: Battlefront II, dropped November 17, 2017, one week before Thanksgiving 2017. Before its launch date, there was some chatter about microtransactions and what impact they would have on the game and allegations of it being “Pay to Play” (Polygon, Gamespot, Forbes, Gamerevolution, and Engadget are just some of the few who covered this). Overall, though, despite the grumbles, chatter was fairly quiet until EA decided to comment shortly before the game dropped.

Mainstream media followed the snafus, but rather than just take things at face value, we decided to go the Gravwell mile and harness the power of our analytics platform to see what the internet was saying.

There had been grumblings about microtransactions and “pay to play” mechanics since the announcement on August 4 that Middle-earth: Shadow of War had microtransactions. However, there wasn’t much chatter about Battlefront II on reddit in September. One theory is that all was quiet due to the fact that microtransactions had not been confirmed and the release date was still quite some time away.

Most of the chatter was low level, except for some spikes in activity related to new information. September 12 brought a new trailer and some beta details. September 18 heralded the release of maps, leaked beta details, and confirmation of no VR support. September 27 was the week leading to the beta launch and included another in-depth trailer. The last spike, September 29, had another trailer drop. This is about the sort of traffic we would expect at this stage.

Now, let’s check out October. Since Battlefield II was slated to come out the following month, we anticipated there would be a ramp up in chatter as with any well marketed product.

There was more chatter in October than in September, but with the game dropping in only a few weeks, this is to be expected. You can see a spike on October 4, when a beta code giveaway was announced. Another spike of activity, on October 6, marks the start of the beta. The lootbox system is revealed during the beta and there’s not much going on until the end of the beta. Note - we do have some missing data around October 10 due to a hiccup between APIs. The day after the end of the beta, October 12, you can see the spike of activity related to EA responding to lootbox criticism. The discussion dies down again, with small spikes for the single player campaign length (October 20), a response from EA (October 21), and a small gameplay reveal (October 24).

September and October were interesting, but we really wanted to see how November shook out after EA’s representatives posted the most downvoted comment in reddit’s history (original comment; coverage by TechCrunch, Kotaku, and Motherboard).

Media coverage highlighted how much that comment was disliked, but at Gravwell, we like to get our hands dirty and see the ground truth in the data. With that, we looked at November.

November looks MUCH different than September and October. It actually starts out much like September with a very low baseline. The first major spike occurs on November 8, when the pre-reviews are released. Even then, it’s still lower than the day with the most responses in October. November 11 brings a large spike in responses, when people start to question progression, the impact of lootboxes, and other issues with the game. Then, disaster struck. EA responded to player complaints.

The response reverberated through the reddit community quickly. Within hours, thousands of users had commented on it. EA’s response also managed to gather more than 675,000 downvotes within 9 days, a new reddit record. One thing was clear: the commenters were not happy.

The community response to comments spilled into other areas of discussion. This is a chart of copypasta of EA’s comment; all references to “a sense of pride and accomplishment” present in non-battlefront subreddits.

Even more entertaining are the copypasta comments that redditors took the time to add emojis to, as highlighted in this screenshot. 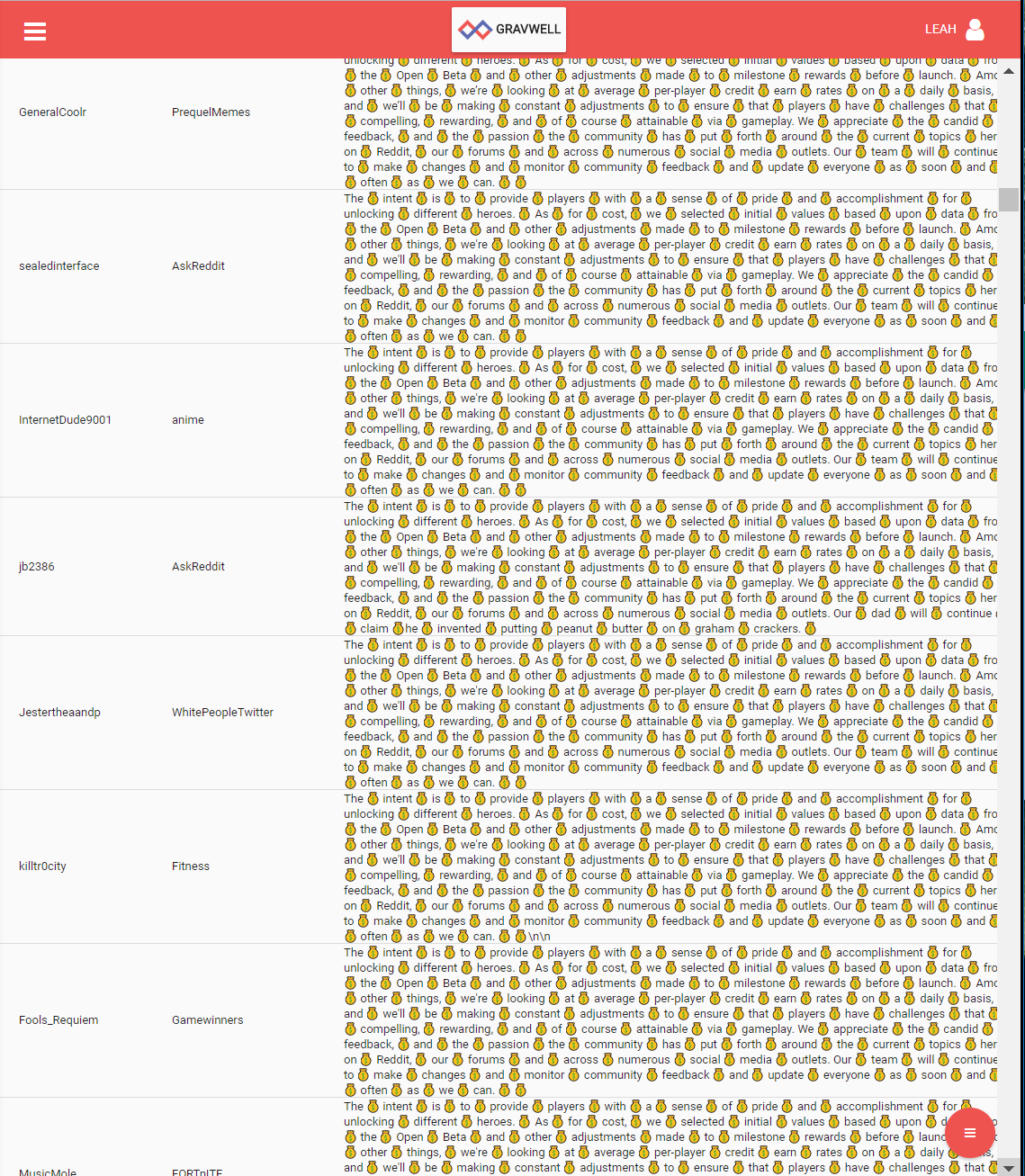 The outrage and accompanying memes did not just stay on Reddit, making news in mainstream media as well.

This is probably our favorite:

EA tried valiantly to right the wrong, including reaching out to the community and tweeting this:

It's too early to be certain whether or not this will help or hurt, though EA's stock had already fallen almost 3% at the time of publication. EA also confirmed, in the statement above, that microtransactions will return. Will that bring with it the same kind of anger that the one comment seemed to have unleashed? Is the gaming community finally taking a stand against what some have dubbed as "predatory behavior" for extracting revenue? Senators are now looking at this mechanism as potential gambling and are evaluating regulations as such. It's easy to do this kind of exploration in Gravwell and we look forward to following the issue.

If you're interested in seeing the ground truth in your data -- whether that's to track the social media pulse of your organization, DevOps hunting, or watching wifi security in your SOC -- Gravwell is there. We're also opening up our analytics cluster to you, dear reader. You can click the free trial button below to get an account on the same cluster we used for this and other blog posts.

Looks like the start of the holiday season didn’t quite go the way EA hoped. Here’s hoping that our readers have a better start. We at Gravwell wish you the happiest of Thanksgivings and hope you enjoy this great holiday season!